Does One Don Cologne Before Heading Off To Jail?

You are here:
Quest for SanitySlices of Life 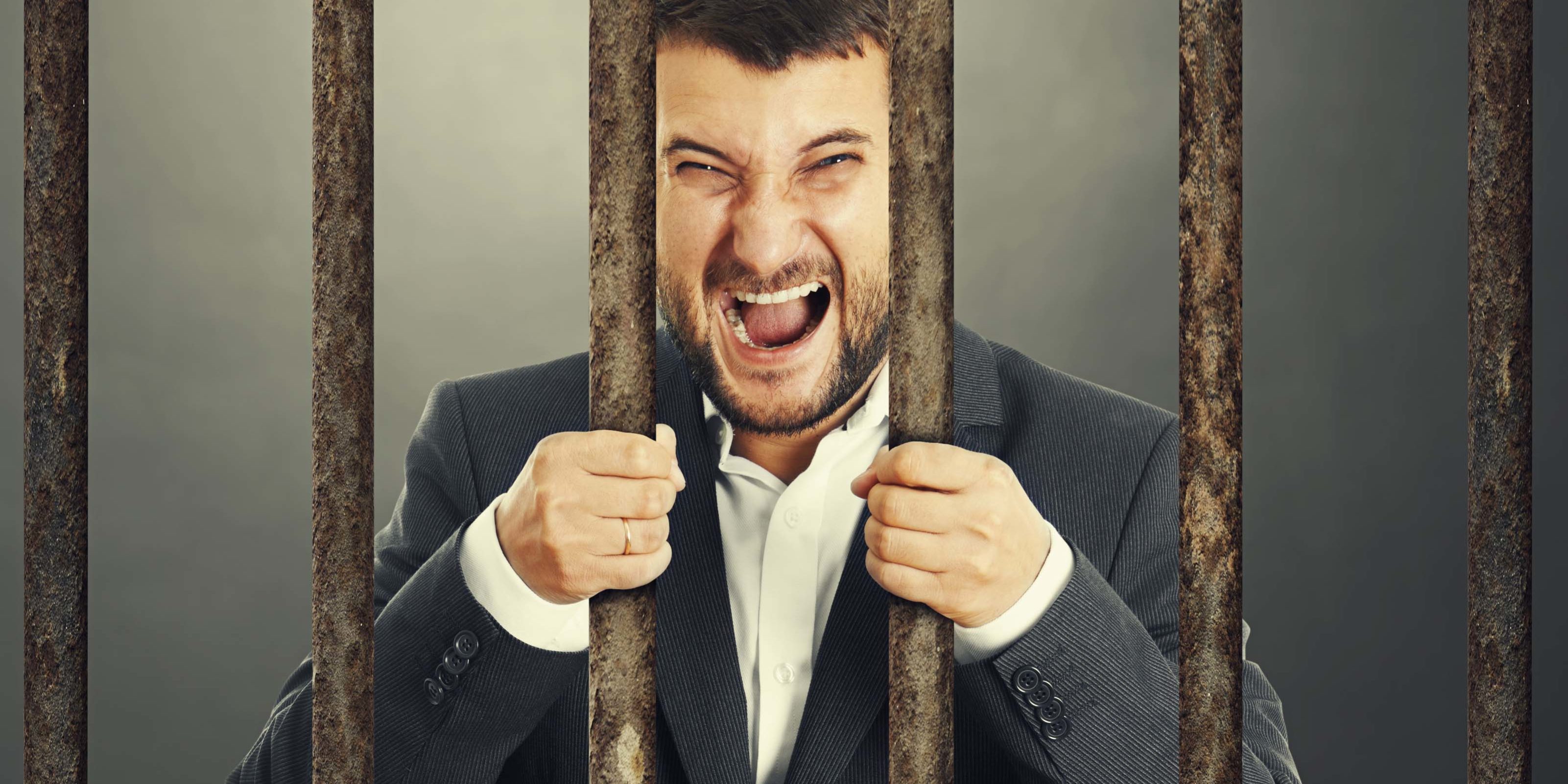 As with any bipolar worth the salt known as lithium, I am not unfamiliar with that local fine dining establishment known as county jail.

Not any jail mind you. My home is just southeast of Phoenix, Arizona, so Maricopa County’s infamous Lower Buckeye Jail (LBJ), erected by that pink-underwear-loving humanitarian Sherriff Joe Arpaio, was my home for a couple of months in the summer of 2010.

No, the truly infamous Tent City (LBJ is only held in disrepute by its current and former residents) is for people actually convicted of the crime for which they were arrested. I’m bipolar. I got arrested because law enforcement doesn’t have terribly good options when it comes to those of us who are “touched in the head.” I have yet to do time as an actual convict.

“So if you’re no convict, how did you come to find yourself in jail for two months?”

– 1 trip to Algodones, Mexico for some Ritalin.

“Druggie! Druggie! You went to jail for drugs!

Not so fast there compadre. The Drug Enforcement Agency has yet to declare war on ADD meds. All the drugs did was fuel a manic episode that was already brewing… but I’m getting a little ahead of myself. Let’s talk a little bipolar myth and fact first.

MYTH: Bipolars love the rush that accompanies a manic so they are always thinking about stopping their meds. Bullpocky.

OK, so your Aunt Sally is a little moody and sometimes she shops too much. She wears that bipolar diagnosis like a badge of honor. Those little hypomanic jags she goes on before slipping into some little bonbon-laced depression… let’s reclassify her. Aunt Sally is bipolar-lite. She’s the Tab soda in a liquor cabinet of mental illness. She can stop and start meds all she wants. She probably won’t trash marriages, derail careers or end up in the aforementioned jails.

FACT: My few full-blown manic episodes are by any measure the most guilt-laden, self-questioning, horrific events in my life. (And I drank alcoholically for twenty years of my life so there is some competition for Most Horrific Life Event Ever. For example, pooping myself in a Brooks Bothers suit while on the wrong side of a Taco Bell bathroom door… not the stall door… the door that had me right in the main dining area during said poop-fest.) I’m in no hurry to experience another manic. If I so much as have a tinge of thought that races a little too fast and I’m popping extra meds and rushing to see the psychiatrist.

Unfortunately for me, prior to the manic that led to my summer of inmate love, nearly a decade had elapsed since my last manic. Memories mercifully fade. To complicate my never-that-clear-to-begin-with thinking, I had gotten sober during that decade and oft wondered if it was my hard drinking that exacerbated those previous episodes.

Sober, cocky and newly re-wed, I got the ingenious idea in 2009 that hard drinking was at the root of my mental illness. Since I was no longer tipping back bottles of yeast urine (it’s far better to think of alcohol in terms of organism excrement if you are trying not to imbibe), there was, in my feeble mind, little need for bipolar medications.

Heck, I even bought a book on bipolar disorder and Google’d some websites that, if I read them selectively and with one eye kinda squinty, backed my diagnosis that heavy drinking triggers manic episodes. Ergo I had no concern with ceasing medication.

Though I didn’t seek out professional advice, I had pushed one psychiatrist I saw briefly to acknowledge that wearing my body down through overwork and heavy drinking may have been a contributing factor to the severity of my manic episodes. That was good enough for me.

At no point in time has there been a “Dr.” before my name or even an ersatz Dr. in the form of “PhD” after my name.

My best thinking has led to a life most notable for the astounding diversity of inappropriate places I’ve made wee wee… and 1st place ribbon at a Science Fair my senior year of high school for a project most notable for the depth and breadth of results and findings that I faked.

Yet with such a less-than-stellar pedigree I decided to play doctor and make medical decisions on my own behalf.

Popes have their Cardinals and Presidents have their Cabinets. Why follow in their paths and seek advice from trusted professionals? I decided to go rogue. And like my partner-in-rogue-iness Sarah Palin, I made a bit of a moose’s ass of myself…

At the heart of the manic break that lead to my incarceration is an ego that is raring to take charge. I don’t know if it is a bipolar thing, or, more likely, just human nature. But my ego makes some wildly unrealistic demands of the universe. Any traffic signal I’m approaching should be… must be… green. If I pull into a place of business I expect a parking spot to open up just where I want.  Every watermelon I thump is expected to be juicy and delicious.

When it goes unchecked, I am a raging ego-maniac. I share my shame with the hope that others who struggle with the co-occurring disorders of  addiction and mental illness don’t try to diagnosis themselves. Get help and pay heed.

And most importantly, ignore the idiots in the rooms of Twelve Step recovery who preach that if you have God in your life you don’t need meds. But that is a story for another day.