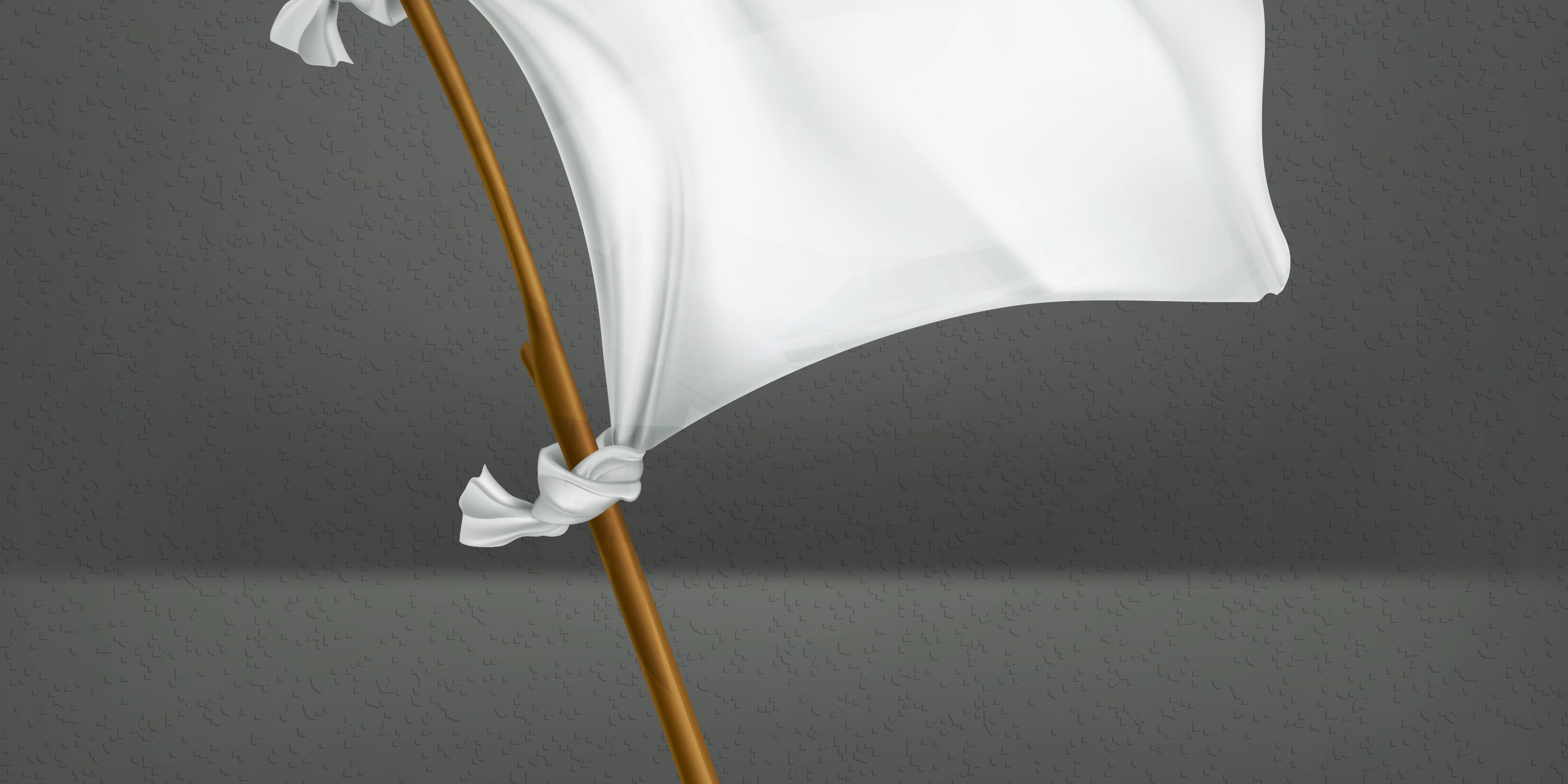 I’ve only held the prongs on an electrical cord once while plugging it in. The attic room I called home as a child had an in-wall air conditioning unit that had come unplugged. It was dark. I was trying to align the plug with the socket. The resultant shock was sufficiently jarring to alter my behavior for a lifetime.

Not so with alcohol. I ruined a marriage. I pissed myself. I crapped myself. I puked … violently … repeatedly. I drove off a perfectly good freeway into a deep embankment. I tried to burn down the place of my employment. I found myself frequently explaining my behavior to members of the law enforcement community. But I continued to drink.

It’s not that I didn’t attempt to quit. My drinking was not without consequences. I quit a lot. I just couldn’t stay quitted.

I attended my first Twelve Step meeting when I was twenty eight but did not get permanently sober until I was forty two. Though the under-utilized abacus in my head is a little questionable, I’m thinking that means I spent fourteen years trying, but not succeeding, to get sober.

I was without defense against the thought of taking a drink. If I thought it, I did it. A scenario that played on like a drunken remake of the movie Ground Hog’s Day.

It didn’t help that my thinking was often compromised by bipolar mania those few times I actually did stop drinking for an extended period. I was crazy in the worst sense of the word. And sadly the mania would ultimately subside I’d always come to realize just how mentally broken I was. That was a fact I desperately wanted to hide. Instead, I would invariably crawl back into a bottle and hide from myself.

I was fighting a battle on two fronts: the bottle and the brain. I desperately wanted to win. Wasn’t my will strong enough? Wasn’t I smart enough? Surely armed with a little self- knowledge I could defeat the twin enemies of yeast urine and spastic brain chemistry. So I loaded up on self-help books to arm myself for the fight.

But regardless of how many times I went into battle against these twin foes I invariably slunk away in defeat. My drinking continued to escalate and the sprees worsened. The crazies got more pronounced. I was losing the war.

Then it was suggested to me that I needed stop fighting and surrender. “Surrender to win” they advised. What even did that mean?

The seeming paradox of surrender to win was best explained by a woman who observed in a meeting that it doesn’t mean “I’ve lost the battle,” it just means “I am moving over to the winning side” -that is, I became open to seeking and following the will of a power greater than myself. For me, that meant I had to become willing to clean my spiritual house so it could serve as a sanctuary where I could listen and act on the dictates of forward moving universal law, or, if you will, God, as revealed by the promptings of my inner guide.

Surrender, for me, doesn’t mean quitting. Rather it translates into my ceasing to do battle with the evolving universal plan. It’s going to move forward with or without my consent. My part in that plan may be an infinitesimal speck, but I have a part.

Surrender means being willing to follow another direction. For me, I wasted years letting my monkey brain dictate what I was to do. Through prayer and meditation, through learning to get truly still, I gradually began to listen more to my heart. That is, I listen more to the dictates of my internal guide or, if you will, my long dormant conscience.

Most people don’t listen to their conscience because they have not been conscious. My life was a jumbled mess of rushing around doing something close to nothing, anesthetizing with alcohol, television or whatever distraction was available, or resigning myself to the scrap heap in an infantile swing into self-pity and depression.

Surrender, though conceived in desperation, is anything but. By acknowledging that my way doesn’t work I am freed up to start discovering my part in a larger plan. Abandoning myself to the flow of the universe, I found a kind hand there to guide me.

For example, when I finally got sober there was the small issue of IRS indebtedness to the tune of $125,000 that had to be dealt with. When drunk, the specter of unfiled tax years loomed over me. I assumed the only way out was a bullet to the brain when the day of reckoning arrived.

In a state of surrender, however, I said “God, it’s in your hands” and I contacted the IRS to discuss how this issue might be resolved. As it turned out I was transferred to an agent you was most helpful and who got me set up on a manageable payment plan. The issue was resolved and I didn’t have to get fatalistic.

Now the cynic may say that all I had to do was call the IRS in the first place. The help would have been forthcoming. Perhaps. But to get past my mental hang ups I needed a modicum of faith that I had a new employer. .. a new manager of my life. I was paralyzed by the fear of having to deal with what I perceived to be an oppressive government agency. In the years immediately preceding sobriety I couldn’t even open the mail without downing a half-pint, let alone conceive of picking up the phone. I needed help and act of surrender provided that.

Once I ventured forward, the people I dealt with were most helpful at a time when I was too emotionally weak to deal with major resistance. I have had occasion to deal with the IRS since and I have not always found the same level of cooperation initially, but when I remember to ask
for help, I can navigate the labyrinth of bureaucracy every time.

And that is the key. For life to begin flowing in a more smooth fashion my unconquerable ego had to be humbled. I had to learn how to ask for help. My turn in the driver’s seat came to an end a long time ago. In reality, it was always a delusion.

Of course, as years passed in sobriety I got a little stronger emotionally. While that is a positive in many ways, there is a downside. It’s as if there is an ego fairy who comes by every night and sprinkling a little ego dust on my thinking mind. There are times aplenty with the egoic mind reasserts itself and demands to be in control. Were once I surrendered my will, the drive to run on nothing but self-will comes rushing back on many occasions.

But there is a solution. I can surrender and restart my day at any time.

Often, though with less frequency as the years go by, there is “one of those days.” For example, while writing this blog there was one particular Monday. I slept in; I rushed morning meditation, rendering it meaningless; I slugged down a fast food breakfast sandwich instead of eating right; and just to get things good and derailed, I slipped an unnecessary white lie by my boss to explain my tardiness. By 10:00 am I was completely frazzled and feeling disconnected from my inner guide.

For me, my first action to subdue the encroaching insanity of disconnection was to take in a little inspirational reading. On my phone I have apps for scriptures, daily meditations and inspirational topics. Excusing myself for a little bathroom break I read for five minutes or so.

Back at my desk I offered a silent prayer of surrender and then just breathed deeply for a minute or so. (While the restroom may offer a little privacy for a quick read, for obvious reasons I avoid doing my deep breathing while cooped up in a stall.)

Still life felt disjointed. It was time to call in a ringer I opened a Word document and typed out a quick gratitude list. I paused and add more detail, taking time to feel the gratitude behind what I wrote. That little reboot got me centered and focused. I set a goal to tack on an extra fifteen minutes to my evening meditation and got back to work.

Looking back on that day I saw how I got back into the flow of life after doing a little reset. Gone was the frazzled thinking. I could discern with a clear intuition what actions to take next. The events of the day unfolded in an order that made sense. I was back in the stream. Not bouncing around aimlessly or trying to force myself upstream, but rolling along in a smooth, steady fashion.

With practice, this has become less of what I aspire to and more of what is. A far cry when propelled by self-will I dragged myself through each day, fighting everything, fearful of everything, empty and aimless. Now, most days are inexpressibly serene. And why not? I have turned over the wheel. I can sit back and enjoy the view.