You are here:
Slices of Life 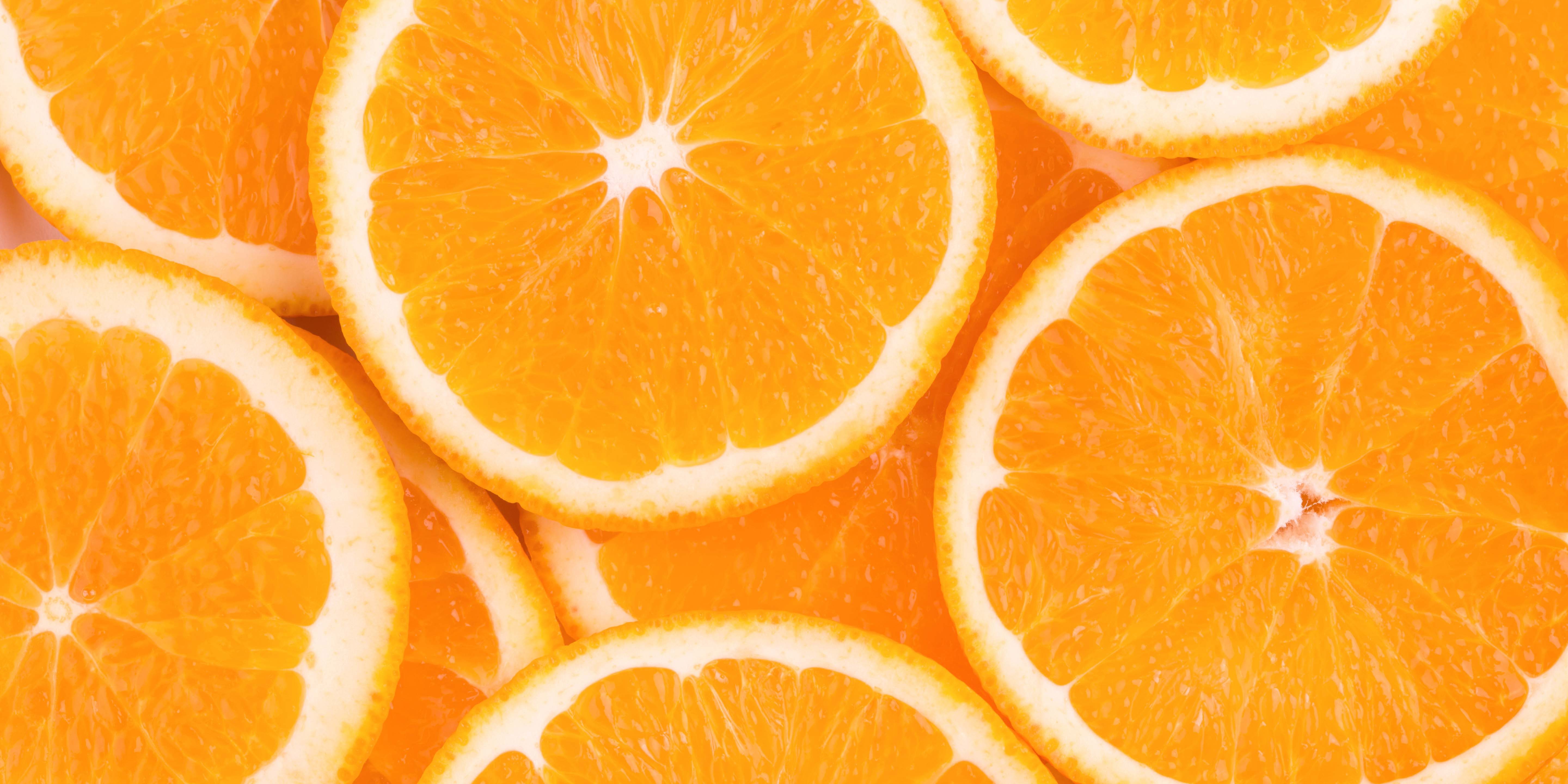 Before years of alcoholism and insanity there was just an innocent, though prone to frequent urination, baby boy. I was born the summer of 1963 in what was to become the OC. That’s the real OC. The one in California. Not the wannabe OC over in that phallus-shaped state.

Shortly after I was born, John F. Kennedy was assassinated, and the country sank into the directionless abyss it has floundered in ever since. But on the home front life was pretty idyllic. Though paid professionals have dug deep and tried to convince me otherwise, I don’t recall much dysfunction at home. If there was any dysfunction in my family, it was because I was in it.

It provides no street cred, but I absolutely loved growing up in pre-master-planned-communities Orange County. When I was a child, Orange County actually deserved its name. There were orange groves and fields a plenty. “Play dates” had yet to be invented and strange, leering men in white-panel vans were unheard of. So from the time you could walk, mom booted you out of the house after breakfast with a perfunctory reminder to be home before dinner time.

When I turned seven, my parents decided I had lollygagged long enough and put me to work… in the Disneyland Christmas Parade… which I am sure is now a “Holiday” Parade, but the country had yet to veer over the cliff of political correctness. Speaking of which, my role in the parade was hardly politically correct. I sat on a horse-drawn wagon full of cotton bales driven by one Uncle Remus. Uncle Remus was a folksy plantation-working Negro who told stories about Br’er Bear and Br’er Rabbit to a little white boy (me) and a little colored boy (not me). Zippity Do Da indeed.

I should point out to those who think that all Orange County suburbanites are, by definition, racist, that my first spanking was around this time for what would become known as a hate crime. My snitch of a brother let Dad know that I was settling the issue of who was to be on which whiffle ball team using the rhyme “eenie, meenie, minie mo, catch a “N-word” by the toe…”. I was punished, but no one explained to me why. Django Unchained had yet to be filmed so I didn’t know what the N-word meant, it’s history as one of the most hate-filled words of all time, or even if it was the offending word. I was just repeating what I had heard on the playground. For all I knew, I was being spanked for saying “eenie.”

I must now pause to address the issue of corporal punishment for some of my more sensitive, but undoubtedly more enlightened, readers. I never had a spanking that hurt. My father felt strongly about not hitting a child while he was angry. So he did something far worse. He booked spanking appointments. For hours you had to sit and wait for the appointed time. The actual spanking was a non-event, a few light smacks on a clothed bottom… but the wait was hell.

Still, the anti-spanking coalition may have a point. It was around this time that the first signs of my deviant, world-as-a-toilet behavior began to emerge.

You see, I spent much of my childhood, quite literally, in the closet… a kitchen broom closet to be precise.  OK, to say I lived in a broom closet is a bit of a misrepresentation. I entered a small bedroom my father had built in the attic via a ladder in said closet. Because my room was accessed via ladder, I didn’t get too many visitors. As a result I was afforded more privacy than many children that age enjoyed.

Childhood privacy isn’t necessarily a good thing. I was left alone with my books and my thoughts for extended periods of time. Because of that isolated state, my grasp on reality began to get a little shaky. Nights were the worst. When the lights went off downstairs, I felt cut off from the real world. Alone, I imagined strange horrors lurking in the darkened closet. I didn’t go down the ladder much when the house lights went dark.

Confinement to my little attic nest wouldn’t have been so bad if my bladder weren’t the size of an apricot pit. Stuck in my little room, I felt the urge to make wee hit on many nights. That left me with two options. I could brave the pitch-black broom closet and all its unseen dangers, or I could writhe in agony until morning.

Neither of these options appealed to me, so I explored an alternative solution. My bedroom had a window that opened out onto an expanse of first story, gravel and rock covered roof. It was perfect. When nature called, I simply removed the screen, crawled out the window and let it rip. Because of the gravel though, those nightly forays began to take their toll on my tender little feet.

After a while, I stopped crawling out the window and simply took my best shot from inside the room with my feet firmly planted on soft carpeting. While this protected the soles of my feet, it did create a little problem. As I took aim from inside the house, my little stream of pee lacked the range to shoot past an overhang of roof just above my bedroom window. As a result, my nightly offerings to the tinkle gods pooled on a portion of roof that was never washed clean by passing rain storms. My young mind didn’t quite process the need for roof flushing. I was just glad that I didn’t have to venture down through the dark abyss that led out of my room. Who was ever going to find out?

What I didn’t factor in was that one day our house would need to be painted. Being the frugal, depression-era survivor that he was, my dad wasn’t one for hiring professional house painters. When the time to paint came, he and my brother were up on the roof—masks on, paint guns in hand.

I was across the street at a neighbor’s one lazy Saturday morning when I heard my father shout my name. I had a vague, back-of-mind notion that they were working their way towards my window, but I greatly underestimated the stench resulting from a year plus of nocturnal emissions.

Though the story has been told and retold at family gatherings for years, I originally didn’t fess up to staining a swath of white rocks dull yellow. Future alcoholic that I was, I learned early on to lie without remorse and went into full it-wasn’t-me-it-was-the-neighbor’s-cat mode with my father.  Deviance and attempted deception became the norm.

Years later, as my active alcoholism progressed, I once relieved myself on a potted cactus on my boss’s desk. It happened while working late on a Friday. I was making my way to the restroom and the cactus beckoned like a walk-in freezer to a menopausal hausfraus.

Come Saturday I got a call from my boss asking if the female janitor had brought her husband with her, as she was inclined to do. A few probing questions later I got to the gist of the question and was mortified to learn that my boss had spent the morning sniffing the cactus and was certain she smelled urine. Though she was socially liberal and politically correct, her first suspect was the tag-along-Mexican husband, not her second in command.

I was petrified. If questioned, the janitor would certainly get defensive and try to shift the blame from innocent husband to a certain 80-proof vice-president who always slugged more than a few back once the office cleared out. Like a White House Press Secretary in the midst of a brewing intern sex scandal, I went into spin mode. It could be the liquid fertilizer you smell. Maybe it’s root rot. Even if it is wee, do you really want to strain a relationship with a woman you call friend?  Man, could I spew the BS when in danger of being found out. She bought the swirl of spin and never questioned the janitor.

Thinking back to what an accomplished liar I’d been, it’s no wonder I was in a state of disbelief when taking a felony plea years later. A period of clean living and sobriety under my belt and the BS generator was now a coughing, sputtering mess.

When I took the plea I didn’t quite appreciate that corporate America is anti-felon to the extreme. Over many months, as I sought to have me charge reduced, I worked under the table guarding a fireworks stand, spent untold hours as an independent contractor (read no background check) evaluating search engine results and working at the aforementioned parking lot sweeper gig.

By the way, next time you get irritated by a parking lot sweeper blowing dust on your ride, keep in mind that it is also a no-background-check-required profession before you vent your outrage. My piddling Class 6 Felony Disorderly Conduct charge earned me no street cred with guys who had, among other things, held up banks, assaulted police officers and shot rival drug dealers in the head. Umm, on that last one, the rival died. Gun shots to the head tend to do that.

During the street sweeper phase of my career, I hung with guys with names like “Shadow.” Shadow—a moniker bestowed upon him by his Hell’s Angels godfather because he followed his dad like a little puppy as papa worked around the house–is the one who killed the rival dealer. Shadow was a trip. There was this one time when he… but yet again, I am getting ahead of myself…