The Reason for Suffering and Struggles 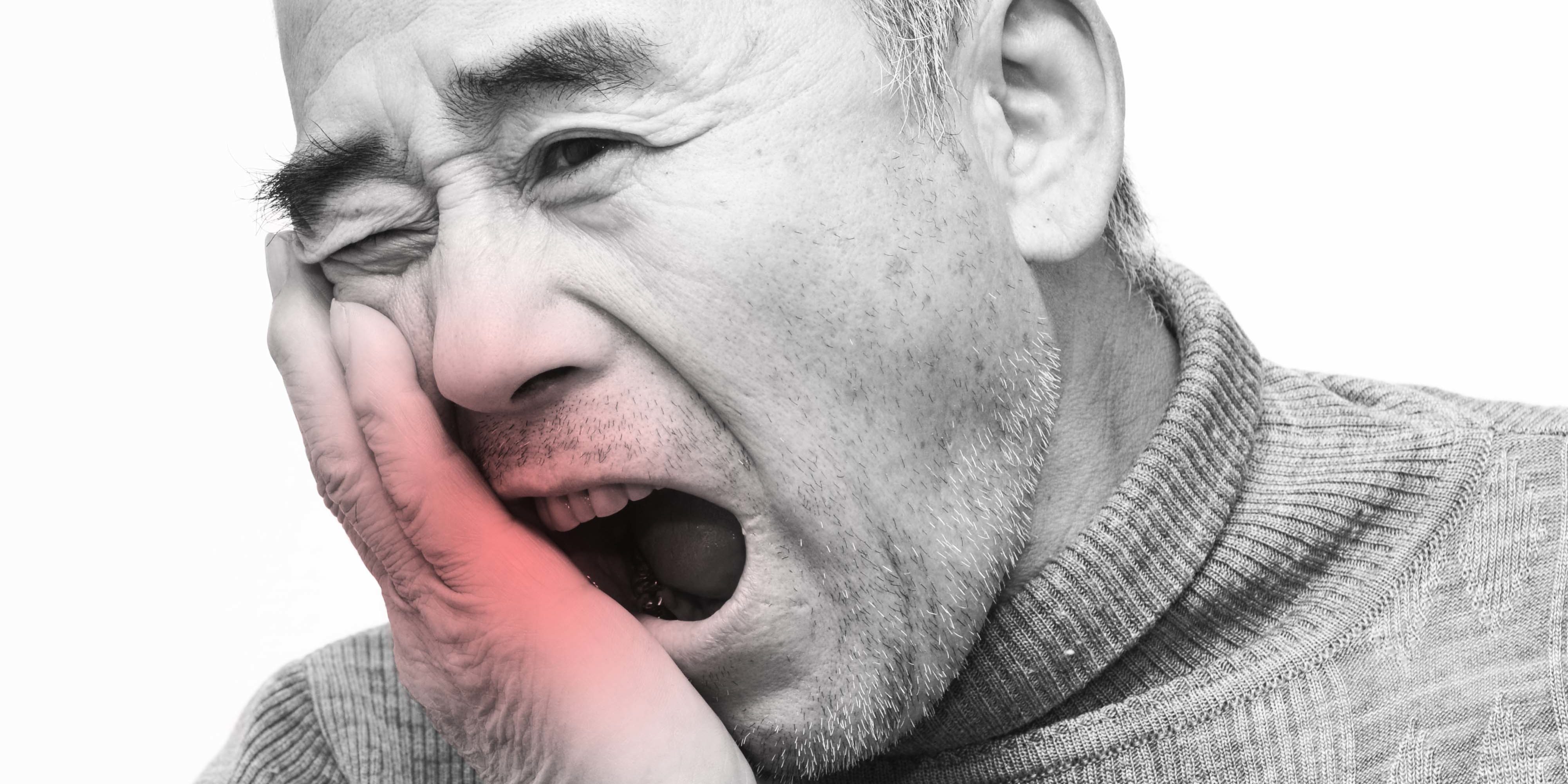 Imagine I take my one-and-a-half-year-old grandson Oliver to the doctor. A vaccination is on the docket and a sharp shiny needle pierces his tender arm. Oliver belts a horrifying shriek and whimpers. He doesn’t understand that the shot is intended to protect him from a life-threatening illness. He only knows he’s in pain and grandpa is just standing there letting it happen. Doesn‘t grandpa know how bad the shot hurts? Couldn‘t grandpa have slapped the syringe out of the doctor’s hand and spared him the pain?

When I read the works of announced atheists they often make reference to some tragedy-the agonizingly slow and painful death of a loved one, a horrific natural disaster or the malicious actions of some group or person-that shook their belief if God. If I am honest with myself, I must admit to having had those same thoughts.

This world, with its calamities, illnesses and human-produced horrors, can challenge my beliefs at times. But then I reflect on the challenges and struggles in my own life. Haven’t I grown from them all?

I think of the decades lost to alcoholism and insanity. My addictive compulsions and my brain’s defective chemistry administered quite the beating. But where am I now? I‘ve learned to surrender. I’ve learned to seek to do God’s will rather than pursue a life of selfish action. I’ve learned compassion for my fellows. I’ve learned to forgive and seek forgiveness.

My life today is richer and fuller than it was when I just chased pleasure and instantaneous gratification. I may stop short of saying I am grateful for being hard-wired for alcoholism, but I am grateful that the way out is contingent on the maintenance of my spiritual condition-a far more enriching solution than a pill or some other quick fix.

Nature shows us that there is a necessity for struggle. Whether it is a butterfly struggling to emerge from a cocoon or a baby chick pecking its way out of the shell, if a person interferes and “frees” them from their confines neither the butterfly nor the chick develops the strength needed to survive.

Or consider the jack pine. The jack pine has developed what is known as a serotinous pinecone. These pinecones are covered in a thick resin that must be melted in extreme heat for the cone to open and release seeds. It is only when fire moves through the forest that the cones open and seeds are distributed by wind and gravity.

In the blogentitled First Drink I made mention of how I didn‘t fare well in elementary school with sports involving hand–eye coordination-basketball and football. But that isn‘t the complete story. I continued to experiment with sports until I found one that suited me. In high school I began wrestling. An ideal sport as you wrestle in your own weight class, so size doesn’t matter, and for someone like me who is legally blind in both eyes there was the added bonus of not having to catch anything.

I wasn’t a naturally strong or quick athlete. If my first wrestling practice was any indication of how things were to pan out I should have hung up my singlet and headgear and called it a day. But I stuck with it. And I had the added bonus of having a Navajo foster brother-an expert wrestler–who was four years my senior and thirty pounds heavier to spar with.

Time and again, I found myself out muscled and pinned to my back. But I stuck with it. I was blessed to have a coach who ran such a grueling practice that when members of the football team joined us part way into the season they were completely gassed in practice despite being in football shape.

Nothing about the sport came naturally. But I persevered. There were times when practice was so hard I wanted to call it a day. I tired of sparing with heaver, stronger wrestlers who typically dominated me.

But after months of practice, it came my turn to start wrestling players my own size, players from schools with less grueling workouts. To my surprise I started to win.

Getting kicked out of school suspended my participation in sports during my junior year. But I continued to work out. My senior year I joined the team at my new high school and the boy who was always picked last in elementary school was made team captain. Struggle is good. How grateful I am that we all didn’t just get ribbons for participation and call it a day.

In 1962, Victor and Mildred Goertzel published a revealing study of four hundred and thirteen “famous and exceptionally gifted people” called Cradles of Eminence! All of these people made it to the top of their respected fields and have recognizable names like Franklin Roosevelt, Helen Keller, Albert Schweitzer, Clara Barton, Albert Einstein, Sigmund Freud, and Gandhi.

Here is what the study revealed: Three-fourths of these people had troubled childhoods involving poverty, broken homes, rejection, or dominating parents. Seventy four of the eighty five writers of fiction and sixteen of the twenty poets came from homes where, as children, they saw or experienced physical or emotional abuse. More than seventy five were victims of physical handicaps such as blindness, deafness, or crippled limbs.

Despite these circumstances, the individuals studied saw the “advantage of disadvantage.” They overcame much to become much. Some people rush to the conclusion that difficulty, adversity, and obstacles speak to an uncaring God or the non-existence of God. Perhaps there is a better way to look at it. Perhaps it is through suffering and struggle that the muscles of growth are developed.

My marriage today is the most fulfilling part of my life, but there was a price. Two infatuated recovering alcoholics joined together after a whirlwind romance financed by my high paying consulting career. Though seeds of love were present, the early days were full of fun and fancy–hardly a challenge.

Then my wife’s health deteriorated and a lung transplant was called for. I responded poorly, slipped into mania, trashed my career and went to jail. Months before the transplant I was driving a street sweeper for just above minimum wage. When my wife needed me most I was barely able to provide and was fighting off a debilitating depression.

But we trusted God, hung on to each other and pressed forward. Through it all I found that being a top flight consultant, with all the trappings of success, scarcely compared to the rewards of just scrapping by but being able to be present as a caregiver before and after the transplant.

As I have recounted, life fell back into place, just not on my time line. God was never late. However, God’s timing was not aligned with mine. Neither was God’s focus. God was focused on what is best for my wife and me eternally. My focus, all too often, was on what I thought was best instantly.

Our marriage was strengthened in indescribable ways by two years of struggle. Two years where, at times, I was overwhelmed and faltering. But like a muscle pushed to its limit the struggles produced strength. As the rebuilding and renewing of my spirit took place, I have come to know a faith in God and a joy in marriage that can’t be surpassed. Faith and joy are forged in the furnace of adversity.

Suffering and struggle work for the betterment of those who endure. As Lou Holtz once said, “Show me someone who has done something worthwhile, and I’ll show you some who has overcome adversity.”

Though I don’t believe that God sends struggles from above, I think the world is designed in such a way that adversity is inevitable. Life is challenging and I lack the eternal perspective to understand all the reasons why. But I have seen talents and gifts emerge in challenging times that would have lain dormant if all was prosperous and smooth going. Like my grandson not knowing why the needle hurts, I don’t have all the answers. But I believe that passing through adversity works miracles in my soul.

I worry that society is losing sight of the good that can come from struggles. Victimhood is fast becoming a high-growth industry. I am reminded of the American sculptor Ruth Asawa, the driving force behind the creation of the San Francisco School of the Arts. In her young adult years she and her family were forced to live in Japanese American internment camps during World War II. Reflecting on the experience, Asawa noted: “Sometimes good comes through adversity. I would not be who I am today had it not been for the internment, and I like who I am.”

In closing, consider the prayer found at Ravensbruck, a woman‘s concentration camp located in northern Germany. The prayer was found on a piece of wrapping paper near the body of a dead child, possibly written by the mother of that child:

“Lord remember not only the men and women of good will but also those of ill will. But do not only remember the suffering they have inflicted on us; remember the fruits we bought, thanks to this suffering: our comradeship, our loyalty, our humility, the courage, the generosity, the greatness of heart which has grown out of all this. And when they come to judgment, let all the fruits that we have borne be their forgiveness.”