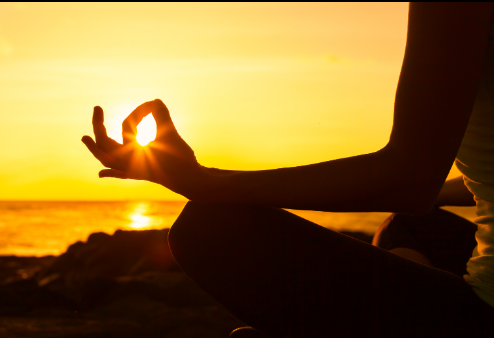 So 12-step recovery suggests I find a God (or god) of my own understanding. That’s a hard enough task for your average alcoholic or addict. But when bipolar mania, coupled with psychosis, once had you convinced that you were God… of rather that more obscure member of the Trinity, the Holy Ghost, that is some tricky territory to navigate. Couple that with some massive resentments towards man-made religion, it’s a small miracle that I every quieted the debating society.

But if I am to tell the story of how I rebuilt my life after repeated descents into alcoholism and madness the story really starts there… oh, hold up, it really started with getting my meds right so I wouldn’t launch into whacked out, I-am-God grandiosity every time I put the bottle down. But we will talk meds in a bit, let’s tackle the omnipotent elephant in the room first.

So on or around March 12, 2006, I was in the midsts of an alcohol-fueled binge to end all binges. I was guzzling fifths of vodka, but couldn’t get buzzed. I was just sick, sad and wandering the halls of a Courtyard by Marriott in my underwear a little to frequently for management’s liking. With the ease and comfort of a drink but a hollow memory, and no amount of liquor firing it up again, I decided to have a little chat with the God of my childhood… ok, it was more of a profanity-laced rant, but regardless, I let that bearded, grandfatherly figure know what I thought about being born a bipolar, alcoholic and having been unable to find lasting peace, serenity and sobriety despite having been in-and-out of the rooms of recovery for fourteen years. Five days later—St. Patrick’s Day ironically—I got sober and have stayed sober ever since.  Lesson learned. Swear more when you pray…

Or maybe not. Prayer and meditation is a topic for another day.

Between the hell of March, 12th and the miracle of March 17th, I finally got a sponsor who told me put organized religion on hold for a year and rethink my conception of God. Delving into the literature, I developed a conception of a greatly simplified God. In other words, a power greater than myself that can do two things: 1) Squash the compulsion to drink or drug so much that I soil myself waiting for a Taco Bell bathroom stall to come available (too much information?) and, 2) Guide my thinking when I seek stillness. Everything else is just God-is-Santa-Claus thinking that is about a futile as sitting hungry in a locked closet praying for a hot dog to shoot through the key hole.

God has never chosen to reveal his or her true nature to me… correction, off my meds I have had mania with psychosis, so there has been some “revealing” … but nothing I would post about lest my wife opts to put me on a 72-hour involuntary psych hold… again.

It saddens me to see to see someone who has taken such a beating from drugs and alcohol that they seek out the rooms of recovery (let’s face it, bad coffee and cold metal chairs have never been high on my to-do list) only to see them fight another fight over the whole god concept. When you have found internal peace and stillness you just want to bottle it up and pass it around like a brown-bagged fifth of Jack Daniels in the parking lot outside the club. (Is it me or did everyone find it necessary to get their drink on before entering a drinking establishment?)

But alas, peace of mind is a solitary journey. No one can gift it to you.

Our literature suggests we find a God of our own understanding. That challenges me. There are forces at play in the universe that far surpass what my feeble mind can understand. I have found over the years that it I have benefitted more from developing an understanding of what God is not.

My God is not some marketing gimmick employed by televangelists. I am a firm believer that if you work the steps to clear the heart and the mind you can still yourself enough to have intuitive thoughts… guidance if you will. Are those my thoughts or thoughts from another source? I don’t know for sure, but I am certain that I have never been inspired to cut a check for God because God was a little short and bills were due.

My god doesn’t meddle in my affairs. If God can be summoned like a genie in the bottle then that same God is picking and choosing who gets cancer, what child gets raped, or who dies when a plane crashes into a building. This is an imperfect world filled with disease and death and decay. This is a world filled with imperfect people who make some pretty bad choices from time-to-time. My God says “find me and I will give you strength.” No where in that statement does God say that he will dabble in my life capriciously.

My God does not punish. Sinners go to hell, right? Well yes they do. It has been my experience that when I act contrary to my best judgement I suffer. Relationships are damaged, trust is lost and I feel like crap. My own personal hell. But you know what? I put myself there. Heaven and hell are states I can find myself in in the present. How I treat myself and others determines which state I am currently residing in.

My God is more than a little skeptical about “religious” folk. While I see the irony in following up that statement with some content from the Bible, it is instructive. When doing his thing, Jesus tended to hang with the riff-raff—adulters, prostitutes and (gasp) tax collectors. I don’t recall him being critical of those he hung with, he just encouraged them to get their act together. His harsher tone was reserved for those who professed to believe in God but were self-righteous, judgmental and unloving towards others.  Lesson for me? Don’t put myself above others, despite how awesome my belief system may be… except Dallas Cowboy fans… my God is cool with me feeling superior to those misguided imps.

When I keep it simple, the God-thing works. I haven’t though of a drink for almost 12 years. I wish I could say the same about my sanity, but a few years in I got some bad advice to replace meds with God. We will talk the importance of meds next week.