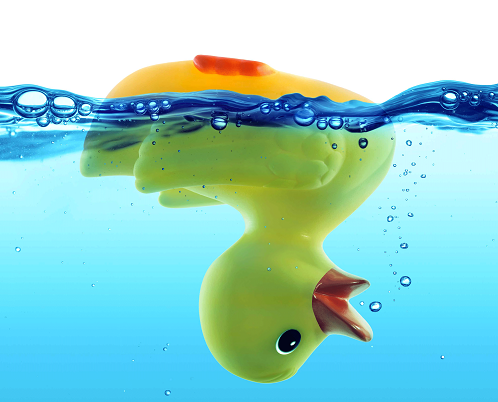 My last bipolar manic episode was what my 94-year-old mother would call a “doozey.” (Sure, my Facebook analytics tell me my followers skew Millennial. Perhaps I should express myself in emojis and f-bombs. But I am guessing there isn’t a little icon or string of profanity that could properly describe an episode that still has my neighbors hurrying their children inside when I stroll through the neighborhood. Doozey will suffice.)

I have written about it several times, but let me give you the Reader’s Digest version. (Dear Millennials, Reader’s Digest is what was once known as a “magazine.” Those were printed on a substance called “paper.” The magazine summarized content from long articles and things called “books.” Those “books” were not prefaced with an “e.” They also consumed paper… Google it.)

Expanding on that a bit, let me point out that at one time I considered this a failure of epic proportions. Not only did I go to jail, but I went from consulting for hundreds of thousands of dollars a year to driving a street sweeper for a tad over minimum wage. (Sure, I had a felony, but my DMV record was clean so I got $0.50 more an hour than my assistant who manned the leaf blower.)

Felony? How did we go from a little blip on the mental health radar to a gavel being pounded by a scowling judge? Well, you see, while I was manic I got a little obsessed with some guns in my house. Though kept in a lock box, I was paying a little too much attention to them from my wife’s perspective. (She, in my opinion, was mistaken. You would be keeping tabs on your guns too if Russian hackers were tracking your every movement on one of those first-generation smart phones.)

My wife (who didn’t quite buy the “Russian hacker” story… or many other equally bizarre tales) suggested that my “going-off-the-meds” experiment might not be going so well. Perhaps a little visit with the men and women in white coats was indicated.

I launched into a tirade about how wrong she was and stormed around the house packing a bag so I could get away from her crazy talk. It was our first, and, thankfully, last, big argument. Sure, that caught her by surprise, but I was definitely not manic. I needed my space.

What individual important enough to have Russians monitoring their every move doesn’t need to take a gun with him when he is headed out to find “space.” So I packed my overnight bag with a gun, a few changes of clothes and a two-foot-tall Buzz Lightyear figurine I had bought for some random reason. At least that was my perspective. Unfortunately, what I called “packing” an unloaded gun was misconstrued as ‘brandishing” a deadly weapon. Hence the very real surveillance helicopter, the visit from the S.W.A.T team as I was cleaning the pool at the rental property I had run off to, and a plea deal for disorderly conduct.

(Did I fail to mention that I shot videos on my new smart phone in which I was muttering nonsense and acting menacingly with one of my guns? My vision was to splice those videos into a movie we were to watch with neighbors that weekend to poke a little fun about her “gun concerns.” For some reason the prosecutor didn’t see them that way. Nor did the local paper who decided to spruce up the front page of their paper with my likeness.)

Or was it? Fortunately, during all this I did not return to bottle. I stayed active in recovery. I continued to grow. Somewhere along the line someone much wiser than I pointed out that there are no such things as failures, only lessons if the proper perspective is taken.

First, I had to get past the self-imposed shame. As I have shared, because I stayed active in 12-step meetings I met a man who had also been arrested in recovery during a manic episode. “I thought I was out for a joyride,” he mused. “They called it assault with a deadly weapon.” We laughed. I healed.

Again, somewhere along the line I learned that we don’t pray to change God’s mind… we pray to change our minds. I practiced that… repeatedly. I prayed to see the lessons.

I began to realize that my personal journey through this thing called life–“failures” included–gave me insights that might be useful to others with co-occurring mental health and alcohol/substance use disorders. I began to open up at meetings about what was once such a shame-filled episode. I found my peeps. (For the record, my “peeps” are not the delicious marshmallow and yellow sugar treats, but rather those folks who are inclined to wear tin foil hats to prevent government surveillance… watch the news lately? Perhaps my peeps aren’t that crazy.”)

Two years ago I made a commitment to return to school to get a Master’s and PhD emphasizing co-occurring disorders. In five weeks I wrap up the Master’s. Working with experts in the field, I am developing interventions designed specifically for people like me. I bring real life lessons to that process. As I share what I am doing with other mental health professionals they are excited about our work. You see, those with a dual-diagnosis or co-occurring disorder (we seriously need to settle on a term) are a particularly difficult lot to deal with. Relapse is a problem. Medication adherence is a problem. Shame is a problem. And so much stigma. So many believing we can’t go on to lead useful, productive lives.

I beat those odds–over 11 years sober and advancing again in my once decimated career. Because I put myself out there I connect with others who have done the same. Together we can make a difference. Lessons, not failures.

1 thought on “Failures into Lessons”